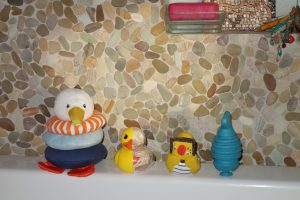 My mother didn’t instruct me for all intents in bathroom manners, but mentioned that public toilet seats could be dirty, which led me through my younger years to levitate my tush off that seat even at home. My leg strength forever benefited, beyond what bicycling promoted. This colloquial didacticism contributed to my hygienic wardrobe – I held my buttocks above the public seat before paper covers were available or men learned to blinder their bratwursts. I include this triviality to illustrate the illogic of the question posed at the start: why do men flush before they pee? Is it some original sin of bathroom stall behavior? Not knowing who has previously occupied the toilet throne, is flushing merely preventive maintenance, like wiping a crystal goblet that has sat on the shelf too long? Demanding an opinion from my brother, he grew curious in turn, having noticed this manly behavior without questioning it. Is there more than cleanliness involved?

Too many times have I noticed men enter a stall in a public place and immediately flush the toilet, before using it. I have seen men flush a urinal as well, ignoring its cleanliness. Seldom have I walked into a bathroom stall and found anything disgusting, except an occasional clog, or a pee-splattered floor, so an immediate flush isn’t likely in order. Yet men do this. More men may do this at sporting events than symphony concerts, but I think that results from the stadium numbers, due to spectators imbibing beer through innings and quarters. I do recall my first major league baseball game at Wrigley Field, when Gordy and Pam insisted I drink a beer an inning. I only relieved myself at the finish, watching dozens of men file in and out of urinals facing each other – I don’t recall if anyone flushed first at that time. The intensity of my concentration led to a preview of later purges related to colonoscopies.

If it’s not a sign of antiseptic sanitation, is flushing a way to force urination? I have a friend who long ago insisted that he could not pee in a urinal, alongside other swords; he needed the privacy of a stall to ration a piss. I thought this unique, but as I’ve grown older and more restricted, I note that privacy in peeing can be helpful, if only because you are otherwise standing solitaire trying to pee in a urinal while others are holding their own behind you. The situation can unnerve a prostate preemie and restrict the flow. The sound of flushing can instigate the like pretense in older pissers, so do men flush to catalyze the action?

Do men first flush to mask the sound of their own lazy waterfall? Do they flush to mitigate the snorting that sounds of cocaine sniffing? Do they flush to muzzle the fart before they let loose? With water shortages affecting the arid West, new agers lived by the motto, “If it’s yellow, let it mellow; if it’s brown, flush it down.” Some cities now demand low flush toilets in new construction, including dual flush options, which use less water “if it’s yellow.” The waste lines in older houses may need more water to flush the drains, so we’re stuck between conserving water and cleansing waste. Do men flush before peeing for all the wrong reasons?

I was persuaded to write about this after seeing photos of stainless steel urinal hardware by Jim Milmoe during the Month of Photography. With more bathrooms being privatized to protect a person’s gender, men are less likely to pee in public, and the urinal trough is disappearing. Patsy’s Inn on Navajo in North Denver always featured ice in its urinal, which seemed to allay men’s fears of pissing without flushing, opting to watch the glacier melt instead. Patsy’s recently closed; I’m not sure that Vespa will carry on the tradition. The other historic place to pee in Denver is the Oxford Hotel, where a white tiled floor with patterns of color front two stand up urinals that have seen a century of tinklers. No need to flush first – the four-foot porcelain grand stands beckon the pee right out of visitors.

I hope I would make Michel de Montaigne proud, since I’ve come to no definite conclusion as to why men flush before they pee – just ideas rolling round my noggin while I pee in public avoiding others stares. Piss a beer on me at your next concert – I don’t mean that literally. Flush to finish, and if you’re an employee, wash your hands. 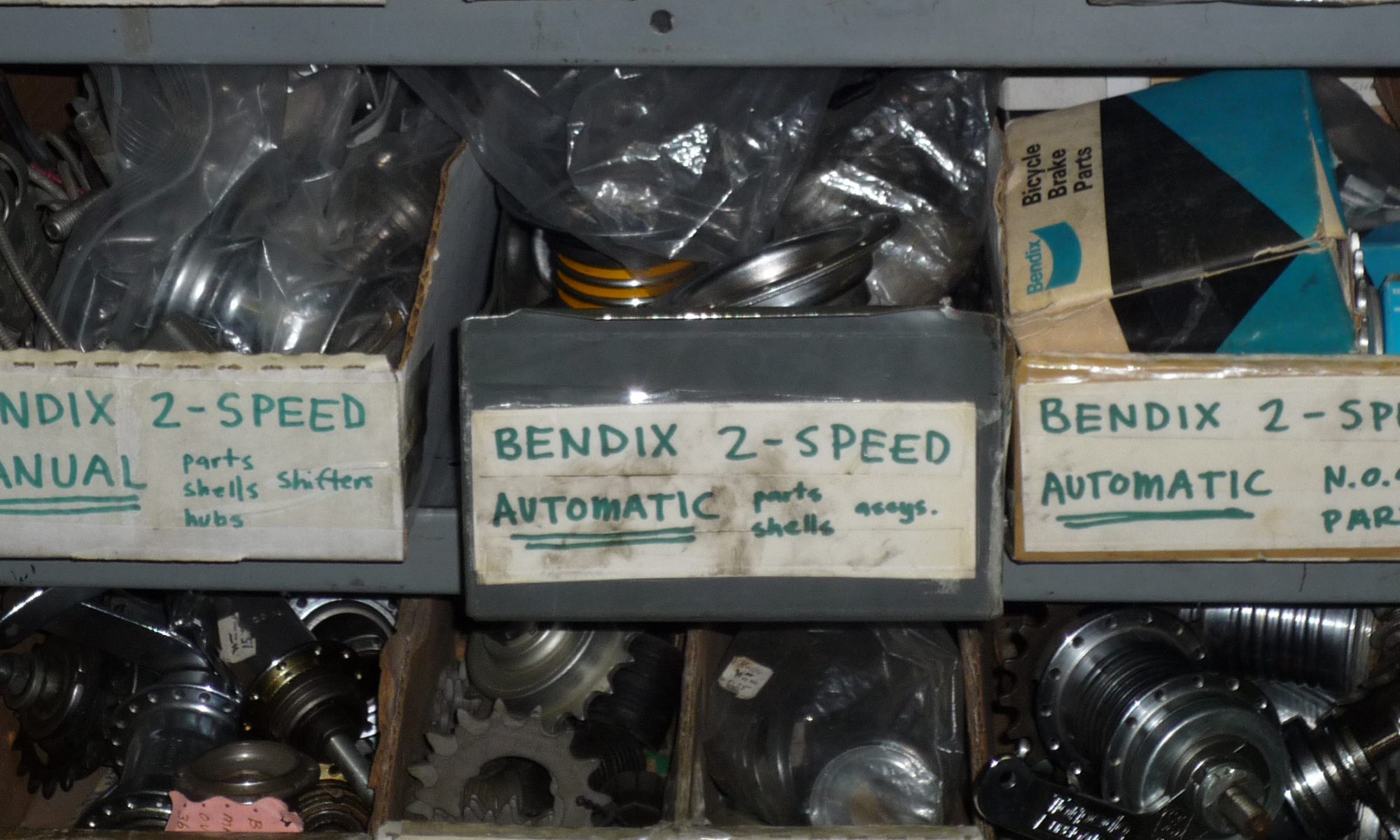 “Walking it back” has emerged as a familiar trope in describing the verbal actions of the Trump regime. The Donald’s zinging tweets force his press secretary to say nearly everything is metaphorical, in quotes he says as he visually demonstrates to the press the quotation marks that render the aforesaid a joke, sarcasm, fantasy, rhetoric. Walking it back is a euphemism itself for “backpedaling”, what a politician tries to do after saying something stupid. To pedal backwards on an old style bicycle meant you engaging the coaster brake, you were preparing to stop. This suggests you understand the risk of proceeding, or going forward with your thoughtless notion. When I was a kid, if you had a two-speed Bendix hub on your bike, you could backpedal to switch gears, which might also offer an option to the politician criticized for an ignorant stand. The contentious platitude then changes to “what I meant to say….” The brakes on road bikes today are operated by hand, so backpedaling just means you’re spinning the free wheel to no advance, like “blowing smoke,” another idiom that suggests a coverup, because “where there’s smoke there’s fire.”

“Walking it back” emblazons a press corps dutifully driven to account for a president who bamboozled the nation with The Art of the Deal. I don’t think I need to read it – his actions speak louder the aphorisms he employed to win the hearts of a population who thought they had been ignored. The Donald will say whatever it takes to make a deal – he’ll run down the aisle at Monty Hall’s or Wayne Brady’s urging – and now the press politely refers to his positions as rhetoric. He has no positions or plans except what pleases his worshipers and makes him money. We use the word “rhetoric” to talk about the hidden meanings behind a politician’s words, but in actuality, in curricula across the country, students have been learning principles of rhetoric as it relates to persuasive writing, argument, and debate. School systems dropped classes in rhetoric in the 1950s, after young Donald was birthed. Colleges and universities acknowledged decades later that most students didn’t know how to write an essay. They had not learned the logic of developing a theme supported by sentence structure and evidence. Rhetorical terms have since been introduced to students at the middle and high school levels, and comprise the core of the Advanced Placement English Language writing course.

Donald Trump inherited money and could pound deals ignoring contractual obligations – it was all a show, little substance, eventually evolving into a brand, after several bankruptcies. In my world, bankruptcy spells failure, stiffing your investors or creditors of their money. My mother knew a woman named Theodople – an impressive mouthful – who declared bankruptcy numerous times, with a seven-year hiatus before she could crush more creditors. In the business world, apparently it means risking ventures with other people’s cash. That’s what his plan for health reform does – we’ll hear the logic during the subsequent phases. “Believe me” he states, trust him. Is there anyone who has ever benefitted from his dealings besides he and his family? He has ignored the social contract with his broken promises to his constituents, like “draining the swamp.”

Explaining a politician’s guile by saying he’s full of rhetoric implies he knows what he’s talking about, simply avoiding the logical outcomes for the sake of ideology or pragmatic selfishness. Donald Trump doesn’t know the meaning of rhetoric. He fallaciously uses logic to lure an audience. He’s the boss and we are all apprentices, and only those who suck up to his business teats and tweets of self-endowment win his favor. He’s a twit and a twat.

The president employs nearly all the logical fallacies that students are cautioned to avoid. The examples of fallacious arguments often come from politicians, those who intend to persuade their supporters with messages that play to their emotional prejudices. They are manipulators, and he’s the celebrity boss. Attack his opponents, his predecessor, rather than debating policy: the ad hominem argument. He doesn’t use rhetoric, he baldly equivocates, lies by using language that dispenses with logic and exaggerates emotion. His exaggeration expands to hyperbole, making it necessary to explain away his alternative facts. Trump has reached a level of logical fallacy that persuades the press to shoot all the red herrings in a barrel he has netted as so many distractions through his tweets. He begs nearly every question asked of him, and the post hoc consequences are seldom causal. Students relish constructing arguments comprised solely of logical fallacies. They find it amusing albeit frightening as their compositions too often mimic the reality of political positions. The president walks the walk and talks the talk of a con man without equal, of the degenerate salesman you heard of from your parents when they got stiffed on a purchase of a used car or trade appliance they needed in a pinch. Pinche president.

Have you seen the rooms he lives in? The White House doesn’t sport enough gold or dental white furnishings to satisfy his sparkly ego. Mark Twain lambasted the Gilded Age a century ago, but this politician reeks of gold-flake mascara, tanning salons, red ties that don’t work without Scotch tape. He posed as his own publicist years ago, compounding the fakery behind the doors of Trump Tower. A sports writer Rick Reilly called Trump a golf cheat unparalleled, yet said playing with him was fun, although it may not be “so much fun when it starts to count.” His lies, his exaggerations, his illogical stands, his political faux pas became the gist of late night comedy during the campaign, but now that he’s president, the press is more inclined to backpedal and call it rhetoric, because it’s started to count. The president’s weekly excursions to Florida suggest that he has learned how to handle his clubs, but when it comes to government of the people, by the people, for the people, we stand as the apprentices of a rehearsed reality show with Trump barking orders ignorant of the circumstances, except for his golf score. That’s not rhetoric; Trump is giving himself a “gimme chip-in” on the slippery slope off the democratic green.